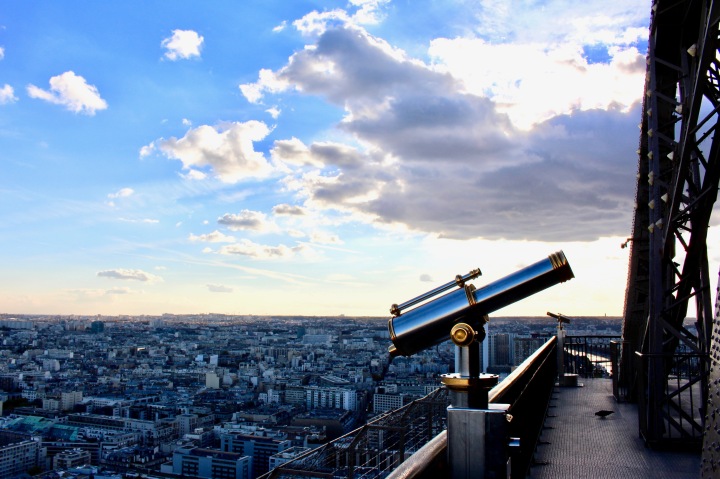 While I’m super excited to begin a new year, 2018 is one that I will always be thankful for because the lows taught me lessons — and the highs are moments I will hold on to for a lifetime.

Many of those highlights revolve around my solo trip to Europe, and I’m so excited to share them with you!

When I was away, and now back in Vancouver, I’ve been asked the question: “Why did you go to Europe by yourself?”

Long story short, after facing some challenges that life handed me, I was feeling mentally exhausted and realized that I was living too much in the future instead of the present — missing out on life in doing so!  Then I realized that it had been 8 years since I had a vacation.  With that said, I’ve been wanting to go to Germany for years to visit my family, and decided it was time to go see them and then explore the countries I daydreamed about!

Before this epiphany, I constantly felt pressure to work nonstop toward my goals and then guilt for wanting to take a break.  That guilt was never influenced by any person, but as I’m sure you know, we’re our own worst critic.

Since a young age, I dreamed BIG.  I would create collages in a diary (that I still have) filled with quotes and pictures of places I wanted to go one day — next thing you know, life flashes by and I’m 32 years old, soon 33.

My age doesn’t bother me, but the fact that I caught myself admiring travel photos, and for some unknown reason, felt being to those places was a picture out of reach — so it was time to run away for a while to reset and reflect.

Before I had left, I was approached with professional opportunities… while I was tempted to pursue them, I knew I had to go on this adventure — a risk of ‘missing out’ I was willing to take.

Next thing you know I’m confirming dates to visit with my amazing relatives — and I’m booking my Air Canada flights on Kayak!

With no concrete plan other than landing in Frankfurt and flying home from Paris a month later, off I went!

Keeping composed is hard today because I’m Europe-bound for a month solo, baby!!!! First stop is Germany. I’ve brushed up on my Deutsch and I have all of the essentials – Guten Tag, Pröst and I can count to 20. Basically I’m fluent. ✈️

As soon as I saw the sun rise from the plane’s window that early October morning over Europe, I knew that getting on that aircraft was one of the best decisions I had ever made.

If you know me, you’d know I’m a huge planner, so having no idea of where exactly I was going to be for the next four weeks was a HUGE step out of my comfort zone — and I really liked it.

To give you perspective of how clueless I felt… booking that trip was the first time I had bought airplane tickets:  My trip to Toronto several months prior for a journalism seminar was booked through an agent, my last vacation in 2010 to Mexico was arranged by friends, and then the first time I was on a plane was when I went skydiving on Vancouver Island at 19 years old!

So, it was only logical to say “bring on the solo overseas country hopping, baby!”

Now that I’m back, and had that escape, I feel refuelled, more alive than ever, and ready to take on whatever challenges come my way.

A few things learned on this trip:

I’ll be sharing my adventures and travel tips in the coming posts — in the meantime, wishing you the happiest, healthiest and most adventure-filled year yet!